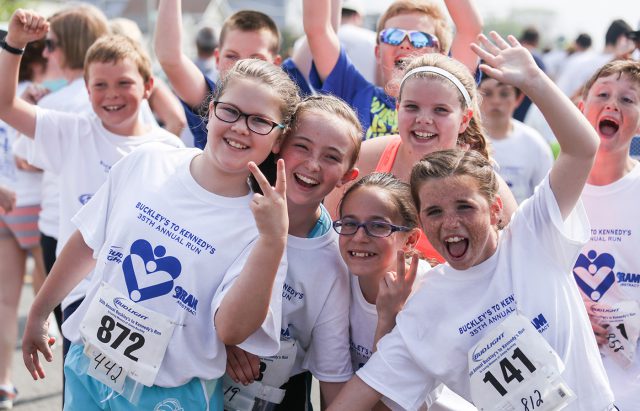 The 35th Anniversary Buckley’s-Kennedy’s Run on Sunday, May 17 raised over $80,000 for at-risk children, adults and families participating in HeartShare programs. Over 900 runners dashed to the finish line, while about 1,000 people enjoyed the Family Fun Day Picnic at the Breezy Point Ball Field.

Jonathan Rohl, 36, was the overall winner of the run, finishing in under 17.5 minutes. Young runners took the top spots with Jesus Jimenez, 15, Ermiyas Harper, 13, and Jimmy Buckley, Jr., 19, placing second, third and fourth, respectively. Lisa Fajardo, 16, was the top female runner for the second consecutive year. Four HeartShare Board Members, including Chairman of the Board Paul Torre, Jonathan Goldstein, Frank Maresca and Christine Strehle, put on their running shoes to support the cause. 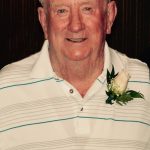 The Carroll Family, who gathered together to remember Thomas, enrolled runners and joined in the festivities at the 35th Anniversary Buckley’s-Kennedy’s Run.

The Buckley’s-Kennedy’s Run has been a long-held tradition in the New York community. Many local residents and their families have participated in the run since its inception in 1981. This year’s Run memorialized the late Thomas Carroll, who was an avid supporter of the Run and other Buckley’s-Kennedy’s charitable events. “The Run is an opportunity to both raise funds for HeartShare programs, as well as honor a noteworthy and beloved community figure,” said President and CEO Bill Guarinello. Carroll was a lifelong resident of the Rockaways and participant in its many civic organizations, including the Breezy Point Catholic Club.

The race is made possible by the Buckley’s and Kennedy’s Co-Owners Jimmy Buckley, Jr., Christine Buckley Strehle, and Gerard Casey. In addition to HeartShare programs, the Run also supports other worthy causes, including a $2,500 academic scholarship in the memory of Elizabeth Buckley, who battled cancer but sadly lost her fight at the age of 12. Olivia Murray, who attends the St. Francis De Sales School, was this year’s scholarship recipient.