ArtShare for HeartShare, a program for artists with intellectual and developmental disabilities (I/DD), is kicking off its 10th year with an Opening Reception on Thursday, November 8th.

“Over the past 10 years, ArtShare for HeartShare has engaged over 200 artists with disabilities, who have produced 750 pieces of art, raising $40,000 for both the artists and the program,” said Linda Tempel, HeartShare Executive Director of Developmental Disabilities Programs. “ArtShare has not only become a substantial arts program, but has actively grown our artists’ connection to the New York community.”

To facilitate inclusion for artists with disabilities, HeartShare extended the ArtShare program to include educational partnerships offering customized learning opportunities. “Access programs mainly aim to serve people with disabilities in various ways… accommodations for disabled visitors, like ASL interpretation, or a captioned film. We also make sure that all visitors know that the art here is for them—sometimes that requires creating platforms or programs designed specifically for people with disabilities,” explained Lindsay Reuter, an arts educator affiliated with the Brooklyn Museum.

“I would like to thank The Museum of Modern Art, MoMA PS 1, The Brooklyn Museum, The Museum of National History, The Rubin Museum, The NYC Transit Museum, The Dedalus Foundation and many others, for having inclusion programs for people with disabilities, and for welcoming HeartShare artists to the New York arts community,” said Barbara Cuthel, ArtShare co-curator, artists and parent to a child with autism. 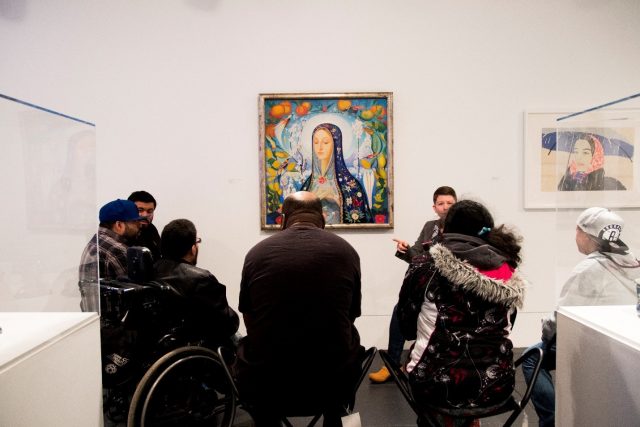 HeartShare has expanded inclusion for artists with disabilities by forging educational partnerships with museums throughout New York City. Through Access Programs, HeartShare artists experience customized tours and art-making activities, such as with educator Lindsay Reuter at the Brooklyn Museum.

“I’m delighted to be here at HeartShare. We’ve forged this partnership because art is for everyone,” explained Lindsay Cohen, an educator affiliated with The Museum of Modern Art. Cohen formerly worked at a day habilitation program for adults with I/DD. 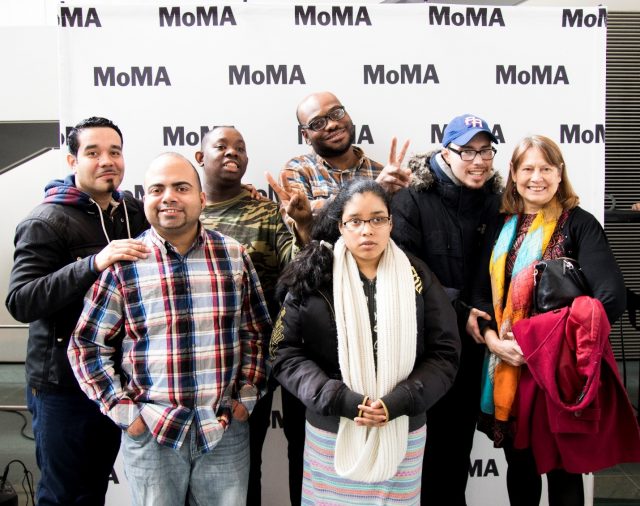 The ArtShare program also includes a Jewelry Studio, where creative artisans handcraft unique pieces, including earrings, bracelets, necklaces and key chains. At The Dedalus Foundation, ArtShare artists had the opportunity to work on progressively more complex projects. “Since HeartShare program participants already have this rich background in artmaking and jewelry-making, we worked on building and expanding those skills,” explained art educator Vida Sabbaghi.

“I am grateful to HeartShare employees, who dedicate their own time to framing, transporting and prepping exhibits in lobbies across the city. I’m grateful to those who have hosted those local community exhibits, including NYU Tandon School of Engineering, Brooklyn Public Library, National Grid, and many others,” said Joyce Levin, HeartShare Senior Vice President of Developmental Disabilities Services.

“This program has helped my daughter express herself,” said John Enny, whose daughter Jennifer has been participating in ArtShare since its inception. “I am so proud of the participating artists, some of which have been with us from the beginning. Whether it’s learning new artistic techniques or finding a new medium for personal expression, this program has been incredibly valuable to artistic and personal growth,” said HeartShare Executive Director Linda Tempel.

The ArtShare for HeartShare Opening Reception is on Thursday, November 8th from 5-7 p.m. at Clover’s Fine Art Gallery at 338 Atlantic Avenue and will run through Friday, November 16 from 12-5 p.m. The gallery is closed on Sunday, November 11th in observation of Veteran’s Day. ArtShare works will be on display in three lobby shows at NYU Tandon (Sept. 21-Oct 5), National Grid (Oct 5-19) and 12 MetroTech Center (Oct 19-Nov 2). 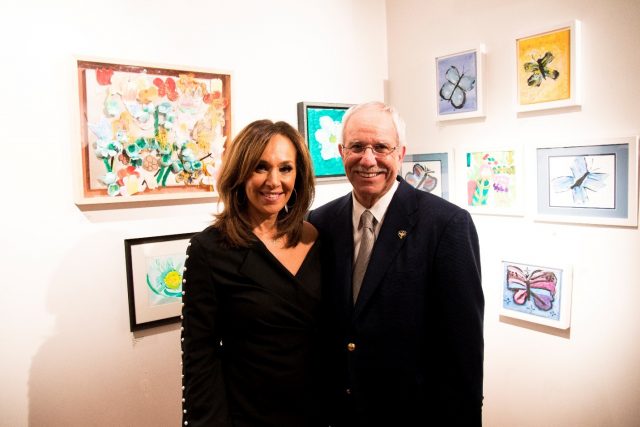 The ArtShare for HeartShare Opening Reception is an exciting evening where the art is unveiled and available for purchase. HeartShare Board Members, supporters and community members join the festivities. President and CEO Bill Guarinello with Good Day New York Co-Host Rosanna Scotto at the 2017 Opening Reception at Clover’s Fine Art Gallery in downtown Brooklyn.

Exhibited works, including paintings, collages, jewelry and other multimedia pieces, are available for sale at the Opening Reception and at any point thereafter. Proceeds return to the artists and also support the continued operational costs of the ArtShare program.

During its 10 year run, New Century Artists, Central Booking and St. Francis College have hosted the Opening Reception. In the past, HeartShare also participated in the Governors Island Art Fair. HeartShare was a recipient of the Brooklyn Arts Council Award in 2012 and 2014.