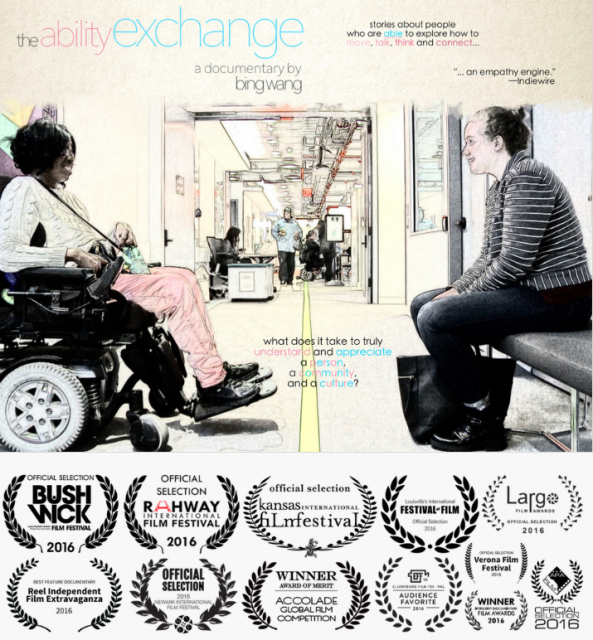 “The Ability Exchange” will be screened at NYU Tandon School of Engineering on Wednesday, November 30.

Register for the event here

Bing Wang’s “The Ability Exchange,” a documentary about an innovative Disability Studies course taught by Allan Goldstein at NYU Tandon in which engineering students and self-advocates with cerebral palsy explore their own abilities — how they move, talk, think and connect — by making movies.

This documentary, directed by NYU alum Bing Wang, captures a strong partnership between HeartShare and peer agencies with NYU Tandon, which offers our individuals equal access to higher education. The class itself, taught by Allan Goldstein, also is a platform for our individuals to express what it is like to live with a disability and their unique life experiences, which are not often heard.

Although many HeartShare individuals have attended Allan’s Disabilities Studies class since its inception, Vernita is one of the people featured in the documentary. Vernita is the Office Assistant for Cleaning With Meaning, a green cleaning company hiring people with developmental disabilities and whose back office operates out of HeartShare’s 12 MetroTech main office. Although Vernita is the company’s fully capable and skilled Office Assistant, the documentary highlights the obstacles she’s faced in the workplace, as well as how she decided to start her own jewelry business.

“The Ability Exchange” amplifies the voices of individuals with developmental disabilities, including Vernita, and we hope that you can come out to support them. 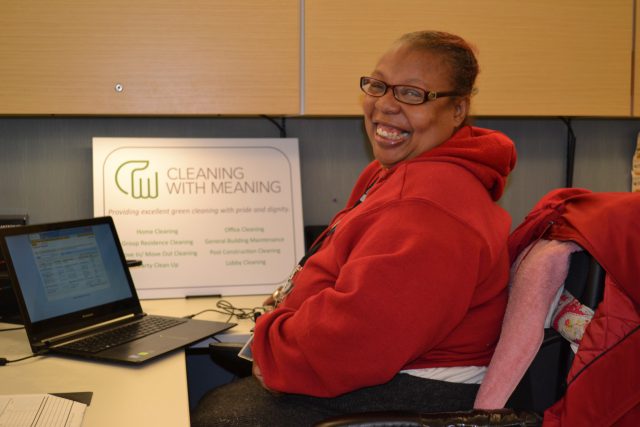 Vernita, who is featured in the documentary, talks about the obstacles she’s faced in the workplace and how she persevered to establish her own business.