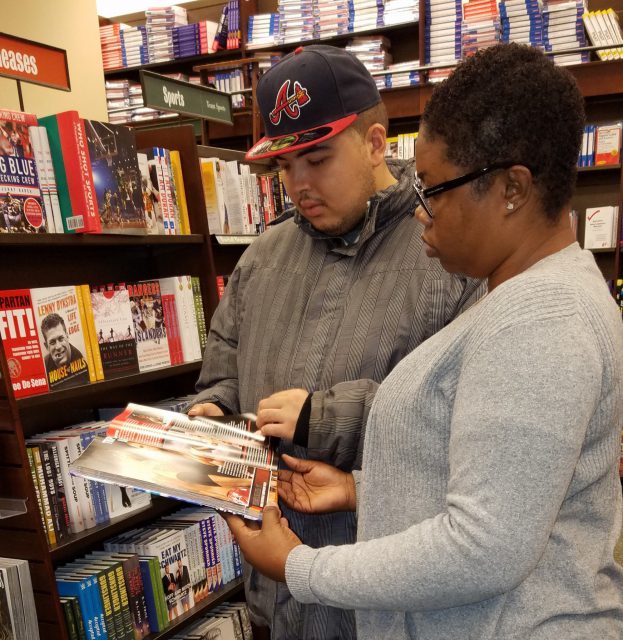 As a Direct Support Professional at Nolan Residence, Oddeth Davidson supported Howard as he pursued his interest in wrestling and dream to meet John Cena.

For the past two years, Oddeth Davidson has served as a Direct Support Professional at Nolan Residence for individuals with intellectual and developmental disabilities. At first, Oddeth was intimidated and didn’t know what to expect. However, as Oddeth got to know Howard, she realized that she didn’t need to feel that fear. “After that first week, I realized that I had been wrong about Howard. He was kind and affectionate,” she explained.

Oddeth started bonding with Howard over his love of wrestling. Oddeth accompanied Howard on visits to newsstands, bookstores, pharmacies and many other stores for wrestling magazines, which they would peruse together before buying. Howard always pulled his favorite photos and worked with Oddeth to hang them on his bedroom wall. Oddeth was able to know Howard’s preferences by holding up the image and prompting him to select an option. Oddeth also asked her manager to take Howard to a live wresting event, which they will do together in December at the Barclays Center. It is Howard’s dream to meet his favorite wrestler, John Cena, which he may have the opportunity to do at this upcoming event.

For helping Howard pursue his interests, Oddeth Davidson is a 2016 HeartShare Everyday Hero.

Thank you for your work, Oddeth!