HeartShare Olympics Day for Children of All Abilities

Over 140 special education and Pre-K for All students participated in Olympics Day at HeartShare’s Taranto First Step Early Childhood Center on Thursday, April 26.

The children crawled through fabric tunnels and laughed riding down slides. They jumped on trampolines and around the gymnasium on bouncers. HeartShare First Step therapists and staff set up stations, where students explored different fabrics and textures, including treasure hunting for items in bins of Play Doh, sand and dry pasta. Each child created an Olympic torch prior to the event and received a medal for their participation. 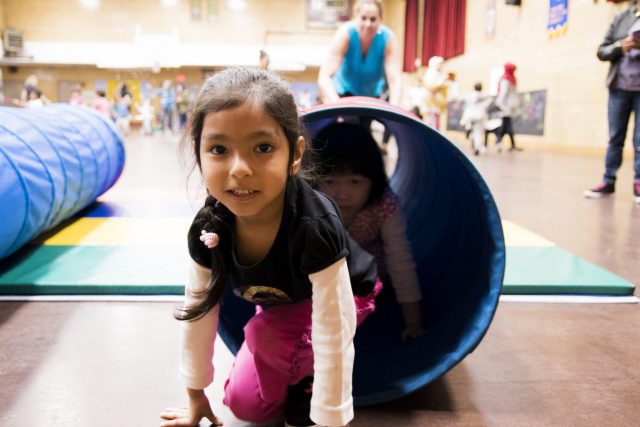 (left to right) Rosmely and Elena following her, age 4, were some of the participating pre-schoolers at HeartShare’s Olympic Day at Taranto First Step on Thursday, April 26, 2018. From classrooms to the Special Olympics, the event celebrates diversity and inclusion of people with disabilities in community.

“During this event, the children are at play, but they’re actually building their gross, fine motor and sensory skills. The kids also learn how to take turns and work together,” said Olga Khazanova MS, OTR/L, a HeartShare Occupational Therapist. 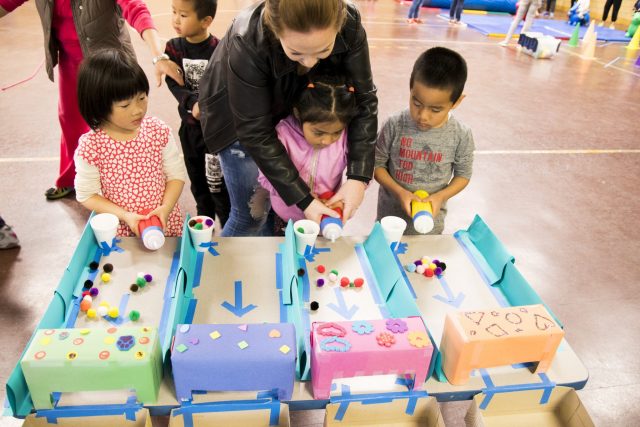 HeartShare Speech Therapist Marina Mashevich with (left to right) Elena, Juana, and David (Jayden at back) age 4 at HeartShare’s Olympic Day at Taranto First Step on Thursday, April 26, 2018. Here students are participating in a muscle strengthening activity— “bowling with air,” or pressing the air out of the bottles to move the pom-poms.

“HeartShare provides individualized learning and therapies matching the needs of the child. However, we also stress the physical and social benefits of fitness for children, especially those with special needs,” stated Carol Verdi, HeartShare’s Senior Vice President of Education Services.

Physical activities for children with autism are associated with reducing repetitive behaviors, increasing attention span and building skills in agility, speed and coordination. Physical fitness also provides a positive social outlet, where children with autism can learn how to engage in collaborative teamwork and build friendships.

“This is John’s first year at the HeartShare pre-school,” said mom Karen Sweeny. “My friends have children at other schools, which are often understaffed. I’m impressed with this event and how much the HeartShare team can do.” 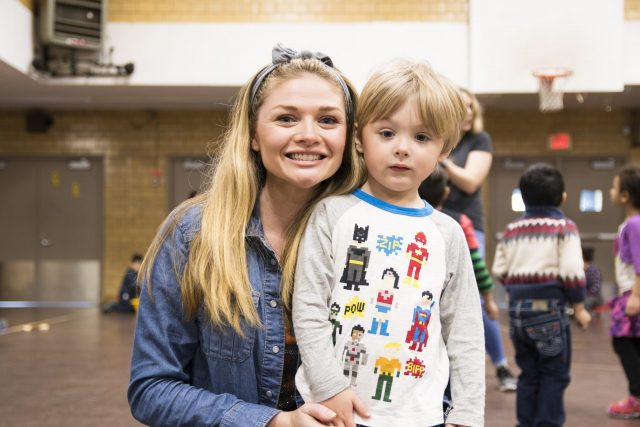 The event also celebrates the 50th Anniversary of the Special Olympics. The Games will commence on July 20, 2018 in Chicago, IL, where the first International Summer Games were first held in 1968. The Special Olympics tradition represents inclusion and justice for people of all abilities, which HeartShare exemplifies in its education and other programs supporting children and adults with developmental disabilities.

Those programs are becoming more critical than ever. In late April 2018, the U.S. Centers for Disease Control and Prevention announced that 1 in 59 children are being diagnosed with autism spectrum disorder (ASD). According to the American Academy of Pediatrics, the increase from 1 in 68 children (1.5%) is likely is due to several factors, including improved screening among black and Hispanic children.

To learn more about how to register and enroll your child at a HeartShare pre-school, contact carol.verdi@heartshare.org.

To reach the Director at the Brooklyn pre-school location at 1825 Bath Avenue, contact kathy.toal@heartshare.org.