Maniscalcos Receive the Greatest Gift of All — A Child 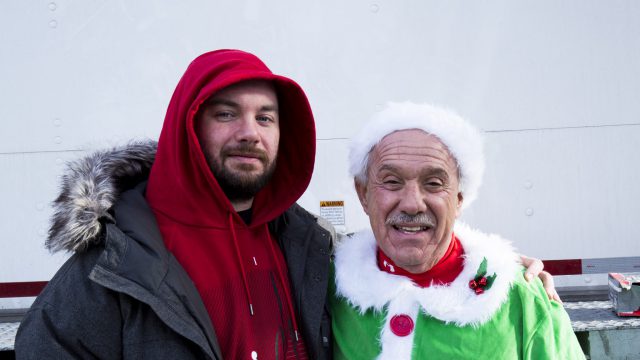 Since adopting their son, Michael, nearly 30 years ago, the Maniscalcos have been donating a truckload of toys during the holidays to express their gratitude for the greatest gift of all — a child.

Danny Maniscalco, who leads The Heartfelt Foundation, has been donating a truckload of gifts to HeartShare’s Toy and Gift Drive for nearly 30 years.

The Maniscalcos offer this generous donation every year in gratitude for the greatest gift they could receive — a child. Danny and his wife started fostering their son, Michael, at five weeks old. Three years later, they adopted Michael. During that time, Danny developed a relationship and closeness with HeartShare.

Today, Michael is 29 years old, married and lives with his family in New Jersey — a life that Michael has because he was raised in a nurturing, loving home. The experience was just as transformative for the Maniscalcos. Danny recalls starting a new chapter in his life. 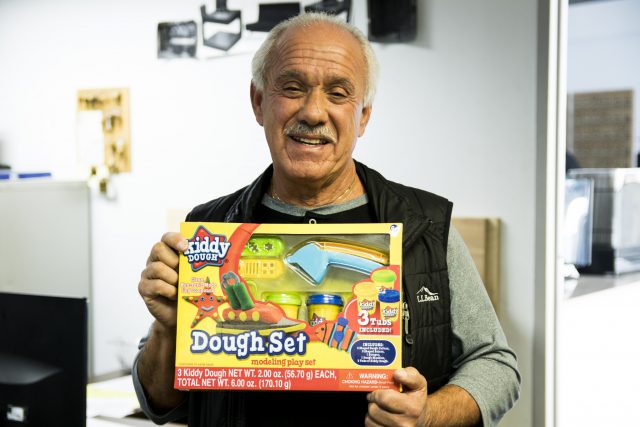 Danny Maniscalco starts circulating flyers early in the community to gather as many donations as possible, which are primarily given to HeartShare and its Family of Services.

“I know what it is to be and have nothing,” said Danny, who speaks of one of the most difficult times in his life. “So, I put out the flyer every year and ask people to give. Because there are children who have nothing and don’t believe in the magic of Christmas anymore. We have to do what we can to bring smiles to their faces.”

Before Michael came into their lives, Danny was involved in organizing and donating toys, but following the adoption of their son, the Maniscalcos efforts poured into HeartShare’s Toy and Gift Drive. Every year, Danny, who owns a courier services near Kennedy airport, brings his family and friends to help unload the truck.

Michael Triolo, President of HNR Freight Logistics in Jamaica, Queens, is one of Danny’s many colleagues, friends and family members who make the delivery of toys possible every year.

Although Danny wears an elf costume, bringing humor and holiday cheer on delivery day, his intentions are earnest. “It’s good to plant seeds. When others helped me at the lowest point of my life, a seed was planted in me. If I can plant the seed of joy in a child’s heart with a toy, maybe when that child grows up, they’ll be able to do that for another child,” Danny explained.

Danny hopes for his son to carry on the tradition. Michael, who has been helping with the Drive since he was about 9, has never missed a year. “I want this Drive to continue even after I’m gone,” said Danny. 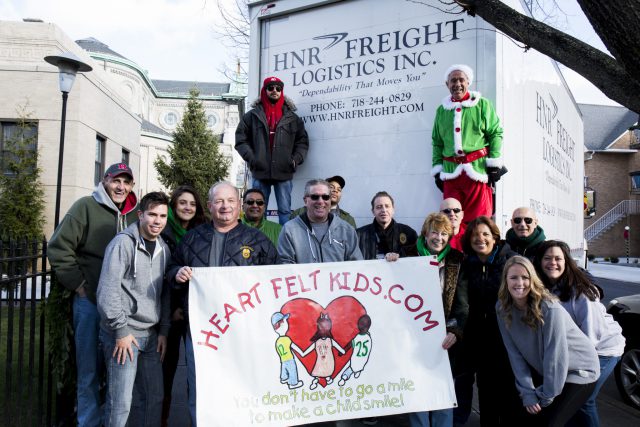 Danny Maniscalco, who leads The Heartfelt Foundation, brings his family and friends to deliver the truckload of toys and gifts to HeartShare and its Family of Services.