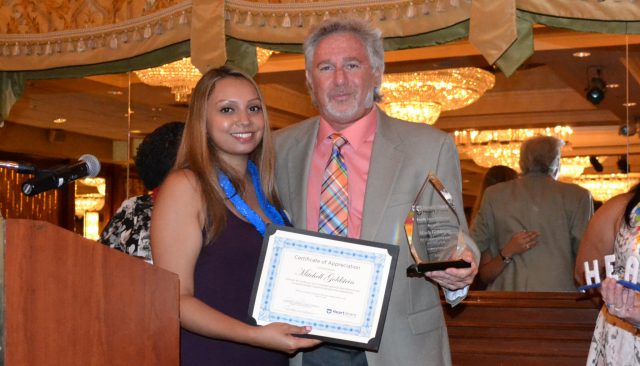 Mitch Goldstein was an Adaptive Physical Education teacher when he saw a Times classified ad in 1985. Mitch started working a weekend recreation program at the 9th Street/Park Slope Y. From there, the program grew, adding respite/recreation groups to the roster. Mitch brought with him experience as a school principal, as well as a transition job coordinator for children with autism, providing resources to families on everything from day habilitation options to Medicaid. “Laurie Yankowitz was very instrumental to the growth of the holiday overnight programs, which no one was really offering at the time,” said Goldstein, who was responsible for the hire of 50-60 staff members throughout his career. “I’ve had the privilege of working with the best of the best. People do this kind of work because they care,” noted Goldstein. “This job has taught me how to appreciate the small things in life. It makes you realize how much we have.”

Goldstein recalls that one young man with autism named Tommy had trouble sitting still and his mother was hesitant to bring him out in the community. As a part of Mitch’s respite group, Tommy went out to the park, the movies and other trips. Soon enough, Tommy’s behaviors lessened and he was able to join family outings. “Parents don’t have to say thank you. You see that gratitude in their eyes,” shared Goldstein. “Respite/Recreation does things for parents that they couldn’t afford. It’s just the right thing to do,” he explained. Goldstein will be missed, but luckily, he’s not going into full retirement. “I’ll definitely stick around for holiday overnight.”