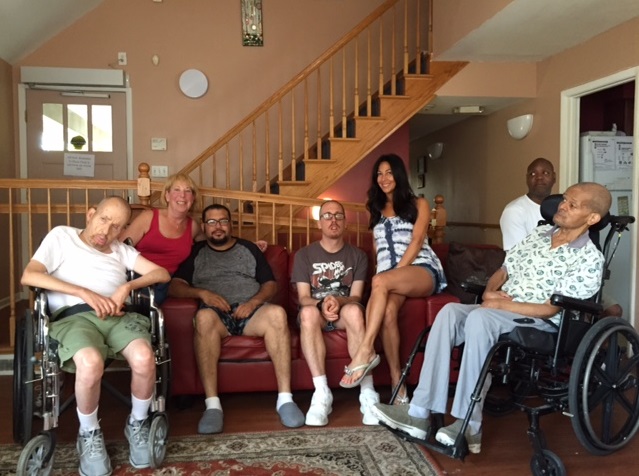 “People with special needs often don’t receive the same recognition as others do,” explained Bethanne Denker, who is Carla’s neighbor and Joshua’s mother. “Carla talked to and engaged with each of the residents. As a parent of someone with special needs, I truly appreciate Carla spending that time with them.”

“This experience is just one example of how we frequently collaborate with families, neighbors and others in the community to offer our individuals the highest quality of life possible,” said Sharon Shipley, who manages the Staten Island residence. “HeartShare stands out because of the incredibly engaged network we have here.”

Prior to his time at this house, Joshua lived at HeartShare’s Scibelli Residence for over a decade. Thirty six year old Joshua loves New York sports teams, meeting new people and collecting books. Joshua also participates in the agency’s Self-Advocacy Committee, a HeartShare coalition that amplifies the voices of people with special needs throughout New York State.

“HeartShare is my home,” says Joshua when he’s visiting his parents. “Joshua considers HeartShare his home and his housemates–David, Donald, Russell and Nicholas–as his extended family,” Bethanne added.

HeartShare has 40 supervised group homes and 50 independent living apartments throughout Brooklyn, Queens and Staten Island to make inclusion in the New York community possible for children and adults with intellectual and developmental disabilities. For more information, visit www.heartshare.org.