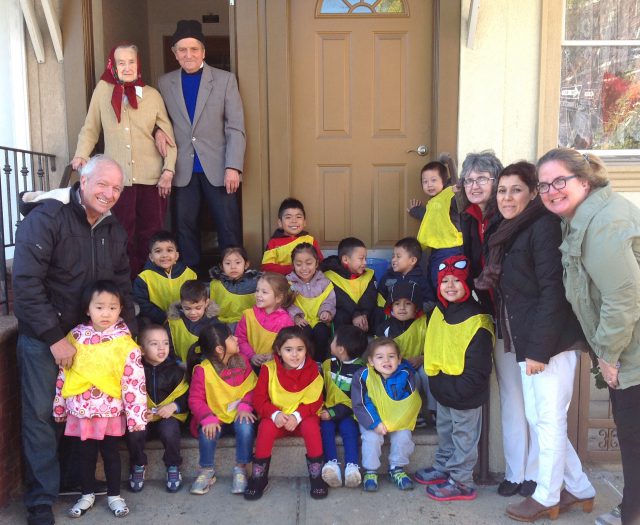 The pre-schoolers already are putting their skills to use in their daily life. During outdoor play, the children have taken up the habit of speaking to an elderly Polish couple, who often take a walk near the school.

“Our students are making a connection to the community, especially with our older neighbors,” said Kathy Toal, Director of the First Step program in Bensonhurst, Brooklyn. “The couple was so moved by their interactions with the children that they wrote a poem in Polish for them, describing how happy the children are in their school environment and how much they love walking by the school to say ‘hello,'” Kathy explained.

HeartShare has four pre-schools for special needs and typically developing children, including Universal Pre-K classrooms, in Brooklyn and Queens. The HeartShare School, co-located in the same building as the Taranto Campus pre-school in Bensonhurst, is for children ages 5-21 with autism.

“It’s so important for children to learn those lessons and it starts as early as pre-school. When we invest in early education, good things always happen,” said Carol Verdi, Vice President of HeartShare Education Services.