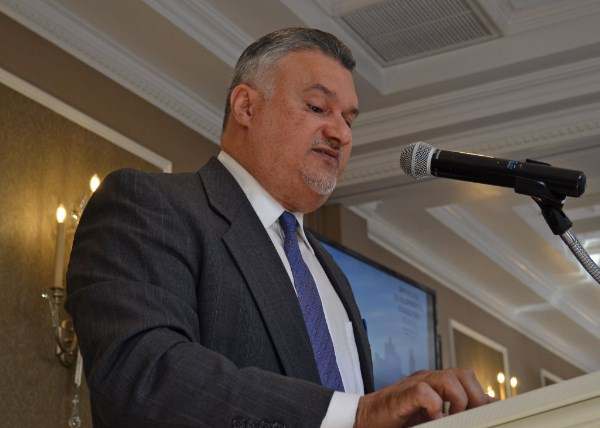 “We help people with intellectual and developmental disabilities realize their goals and dreams. Does that sound like minimum wage work to you?” asked HeartShare Direct Support Professional Ozzy Cardona at the Brooklyn Developmental Disabilities Council’s Legislative Breakfast on Friday, March 18th at Garguilo’s Restaurant.

(Brooklyn, NY)–HeartShare Human Services participated in the Brooklyn Developmental Disabilities Council Annual Legislative Breakfast on Friday, March 18, 2016 at Garguilo’s Restaurant, expressing to elected officials in attendance the need for funding essential to enhancing quality of life for children and adults with intellectual and developmental disabilities (I/DD).

“We need to offer a fair wage to frontline workers, including Direct Support Professionals (DSPs), who care for our individuals 24/7,” said Joyce Levin, HeartShare Senior Vice President of Development and Support Services, as well as Vice Chair of the Brooklyn Developmental Disabilities Council (BDDC). 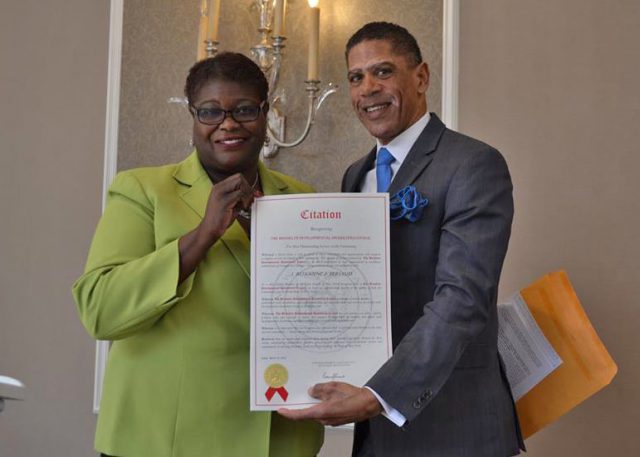 Direct Support Professional Ozzy Cardona, who works at HeartShare’s Brooklyn PACT Day Habilitation Program for adults with autism, spoke of the rewards of his job, but also how hard it is to make ends meet. “My job at HeartShare means the world to me,” shared Cardona. “There are some days that I might work 22 hour days, taking on a second job to subsidize my work as a DSP. Please allow us to help people with disabilities in our care achieve greater independence, self-discovery and self-worth,” asked Cardona of the elected officials present at the breakfast.

“Thanks to people like Ozzy Cardona, we are able to gain some insight into the relationship between Direct Support Professionals and the people they care for. It’s the continuity and consistency of that relationship that enhances quality of life for people with intellectual and developmental disabilities,” noted Kerry Delaney, Acting Commissioner of New York State Office for People with Developmental Disabilities (OPWDD).

The event’s over 350 guests also viewed a recent NY1 story featuring HeartShare on the minimum wage issue. “If there’s a minimum wage increase and no funding to support that, programs will go out of business,” said HeartShare Executive Director Linda Tempel to NY1’s Political Reporter Zack Fink.

Funding also is crucial for expanding inclusive living and employment opportunities for adults with developmental disabilities. HeartShare continues to offer residential options in the community, including 41 supervised group homes and 48 independent living apartments throughout Brooklyn, Queens and Staten Island, while HeartShare’s Employment Programs also prepare adults with disabilities for competitive jobs with respected employment partners, such as Applebee’s and Modell’s Sporting Goods. In partnership with New York Integrated Network, HeartShare also established Cleaning with Meaning, a green cleaning company that enables adults with disabilities to enter the workforce. 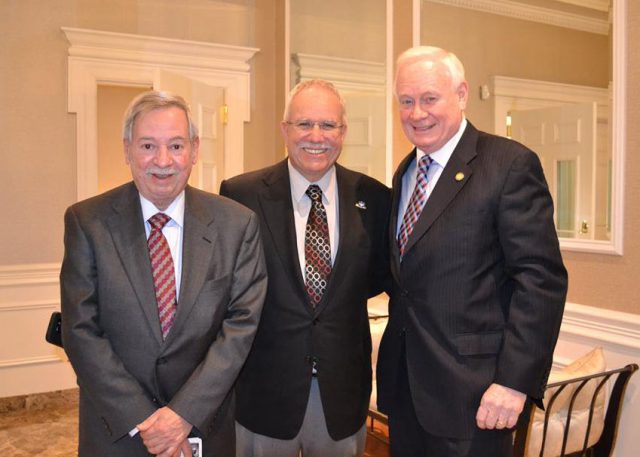 Additionally, before a two percent increase last year, special education pre-schools experienced a six year freeze. The freeze directly impacted the retention of quality HeartShare educators who evaluate and teach nearly 1,000 children with special needs, as well as UPK students annually. “I still keep in touch with children with special needs who attended when our first pre-school program opened in 1982. Those children have become successful, productive people. Despite the lack of dollars in recent years, it’s clear that investment in early education works,” HeartShare Vice President of Education Services Carol Verdi.