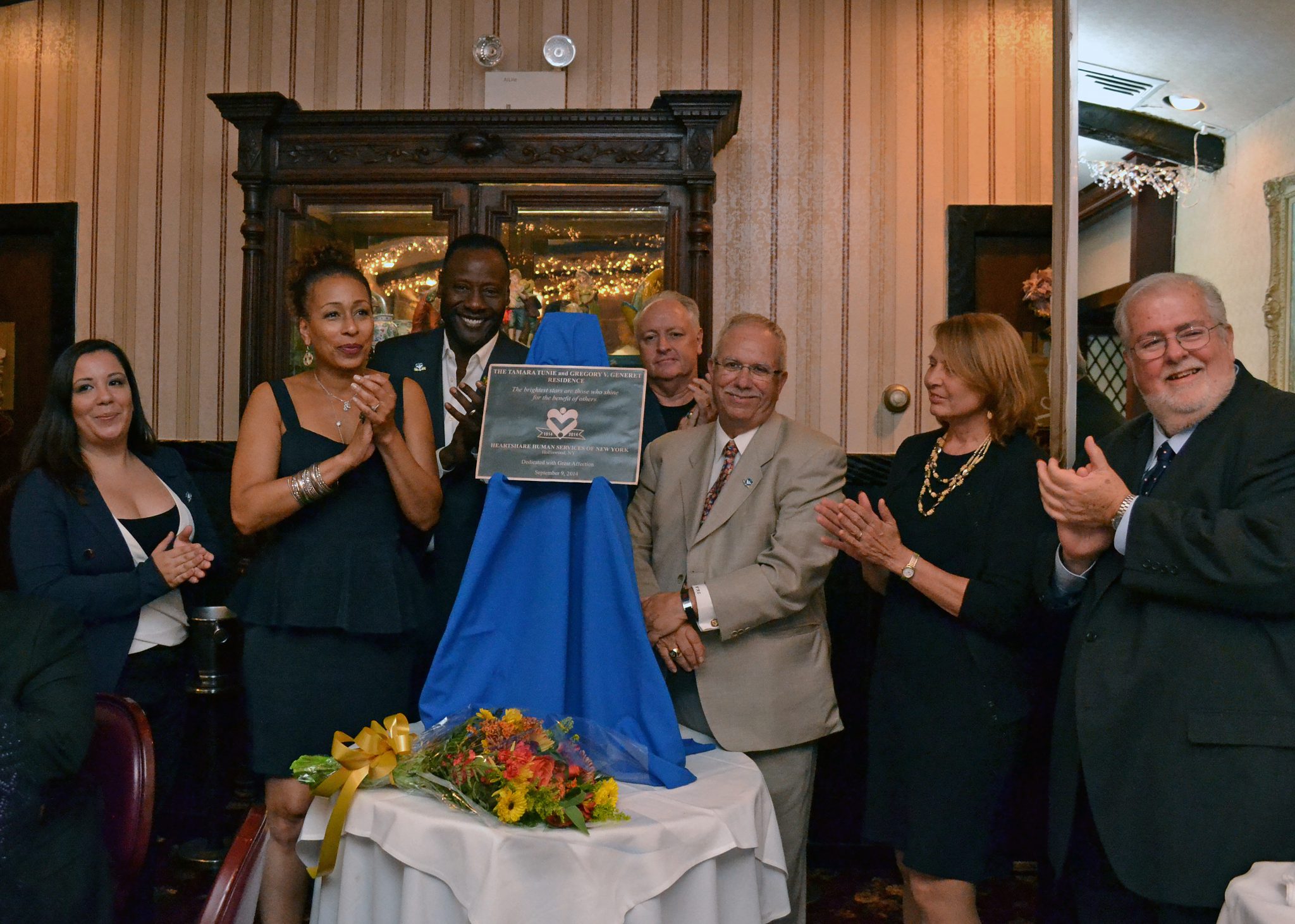 HeartShare formally dedicated its residence in Holliswood, Queens, for six men with intellectual and developmental disabilities, in honor of HeartShare supporters and celebrity couple, Tamara Tunie and Gregory Generet.

Over 60 guests attended the dedication ceremony. Ms. Tunie and Mr. Generet, accompanied by HeartShare President and CEO Bill Guarinello and HeartShare Board Members Robert C. Golden and Craig Eaton, unveiled the dedication plaque, which reads, “The Tamara Tunie and Gregory V. Generet Residence—The brightest stars are those who shine for the benefit of others—Dedicated with Great Affection, September 9, 2014.” The bronze plaque will hang at the Holliswood home.

Actor, producer, director and philanthropist Tamara Tunie, who currently plays medical examiner Dr. Melinda Warner on Law & Order SVU, and Jazz Vocalist and HeartShare Board Member Gregory V. Generet have built a rapport with the six men by spending time at the residence over the past year, especially at holiday parties and at the one-year anniversary celebration of the residence opening.

“From identifying a new residence location, to planning, to construction, to picking paint colors and furniture through to moving-in day, this dedication is the culmination of enormous amount of both physical and emotional work. Our staff is committed, focused and driven to ensure that the house they build, in fact, will be the home—in every sense of the word—to those in HeartShare’s care,” noted Mr. Guarinello.

The six men with intellectual and developmental disabilities, Danny, Phillip, Luis, Jose, Devin and William, who also enjoyed the celebratory dinner, experience a high quality of life at the residence that allows them to learn life skills, socialize with others and become active members of the Queens community.

Friends and guests of Ms. Tunie and Mr. Generet, including actor Vondie Curtis-Hall, known for his Emmy award-winning role on hit TV show ER, and his wife, actress and director Kasi Lemmons were in attendance. Also, in attendance were NYS Assemblymember David Weprin, Donna Limiti and Elizabeth Cambra of the NYS Office of People with Developmental Disabilities, family members of the residents, residence staff and neighbors of the HeartShare Holliswood home.