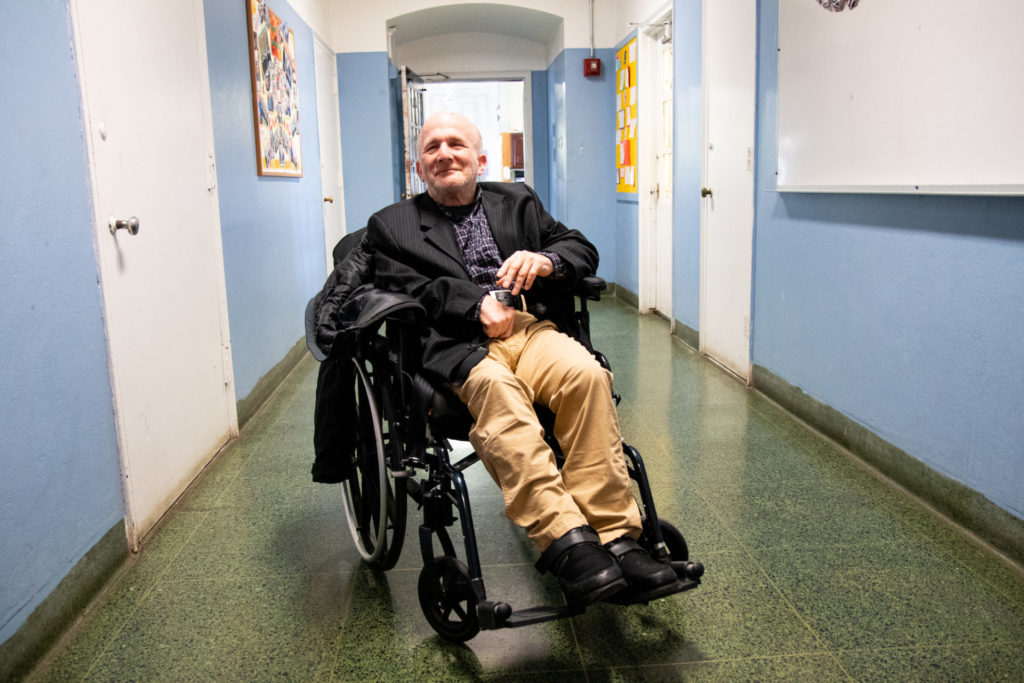 Henry Geller can recall his time at the now infamous Willowbrook State School on Staten Island—though he doesn’t care to dwell on the details. Geller, who has cerebral palsy (CP), was placed in Willowbrook at the age of 4, where he lived until just after he turned 21. After living in a succession of group homes—in all of New York City’s boroughs except for Manhattan, he emphasizes—he moved to a HeartShare residence in Queens in 2010.

Earlier this year, Geller self-published his memoir, which he dictated to HeartShare’s Paige Ingalls, Director of Incident Management, over the course of four months in late 2018. In August of this year, Geller donated a copy of his memoir to the College of Staten Island/CUNY Library’s Willowbrook archive.

Willowbrook opened in 1947 and was the largest state-run facility in the U.S. for people with intellectual disabilities, housing over 6,000 individuals by 1965—2,000 above maximum capacity. Geller remembers the conditions at Willowbrook saying, “You wouldn’t put a dog where I was.” The horrific conditions and treatment within Willowbrook were brought to light by a 1972 TV exposé by journalist Geraldo Rivera that eventually led to the school’s closure in 1987.

CUNY took over and converted the facility into the College of Staten Island’s new campus. Next door, also occupying the grounds of what was Willowbrook, now sits Lifestyles for the Disabled—an organization that provides services for individuals with intellectual disabilities. One of those services is Life Wire news which distributes media content created by individuals with intellectual disabilities.

On November 13, Geller visited Lifestyles to be interviewed by some of the individuals who are a part of the Life Wire team. Led by DSP Kathryn Carse, individuals took turns asking questions about Geller and his life which is recounted in his memoir. Many of the individuals had read and discussed the memoir in preparation for his visit.

When Geller left Willowbrook in 1967, he was told he’d be back. His response? “Not if I can help it.” Geller says the only time he returned to the Willowbrook campus in the years following was to buy a newspaper. Geller worked as a messenger and clerk for 28 years for the NYC Landmarks Preservation Commission. This job took him to all parts of the city, which is how he learned to navigate the subway system—without a map. 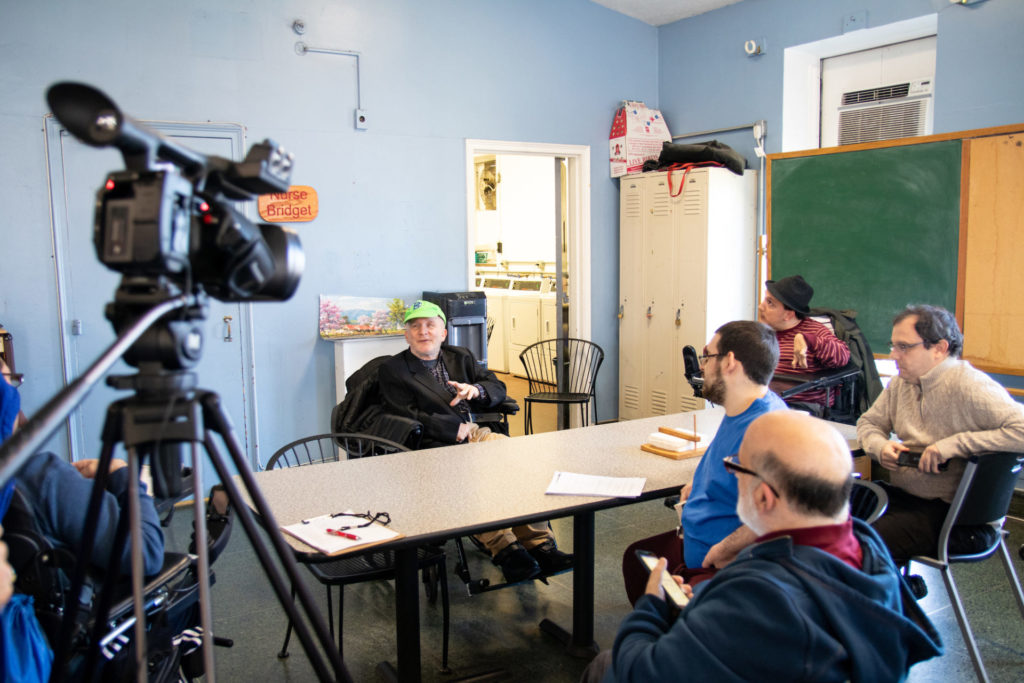 During the interview, individuals asked Geller questions varying from how he learned to navigate the subway, his feelings on his family and what he does with his free time now that he’s retired. He told the group that he only got lost one time while taking the subway, and after that he knew it wouldn’t happen again—and it didn’t. He remembers paying just 15 cents per ride.

He never had any contact with his parents but says he never thought much of that. He says he might have a brother—but “that’s only a rumor,” he clarified. Now that he’s retired he says he enjoys sleeping in and waking up when he wants to, not because he has to. At 72 he says he’s feeling good, and that he doesn’t care much about age. As for turning 73? “Just another year.”