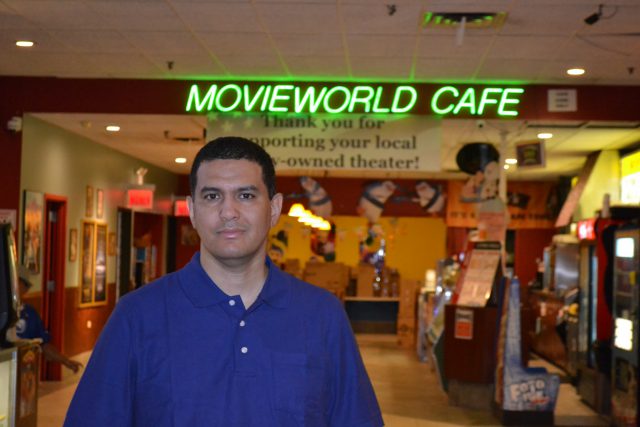 “I want to work. I want to help my family,” said Erick, who started working at MovieWorld in Queens this year. While HeartShare continues to offer its traditional Day Habilitation Programs, the emphasis for staff efforts has been on equipping people like Erick with the skills to succeed on the job. After training and moral support from HeartShare Community Resource Specialist Roni Soriano, Erick works at MovieWorld filling the concession stands, greeting customers and sweeping up theaters after films are viewed. Even though the Americans with Disabilities Act was passed 25 years ago, many adults with intellectual and developmental disabilities face discrimination in the general workforce. Many employers are not willing to train or hire people like Erick, despite the competitive skills they have to offer. HeartShare looks beyond the societal limitations that keep people with disabilities out of the workforce and remains fully confident in their ability to become valued members of any company to which they belong. Through its Prevocational, Supported Employment, Customized Employment and Pathway to Employment Programs that prepare adults with disabilities for the world of work, HeartShare has added a growing list of businesses to its employment partners, including Applebees, Modell’s, Staples, Toys R Us, and of course, MovieWorld. People like Erick now can have the job they always wanted and the opportunity to succeed.