Price Tag for the Care of Loved Ones 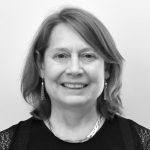 At HeartShare Human Services of New York, we celebrated Governor Cuomo’s announcement on Tuesday, March 28th that $55M would be added to this year’s state budget for Direct Support Professionals (DSPs), including $45M for those who work in programs funded by the NYS Office for People With Developmental Disabilities (OPWDD). Governor Cuomo stated that DSPs will receive a 6.5% increase over the next two years, which will ensure that they are paid more than the minimum wage. This is the result of an intensive 9-month campaign called bFair2DirectCare that sought to ensure that workers in the developmental disabilities field were treated as more than minimum wage workers for the important work they do in supporting and enhancing the lives of those with intellectual and developmental disabilities. The wage increase also extends to those in direct care managerial positions and will incentivize them and the direct support workers they supervise to stay in their often difficult, high stress and demanding jobs.

HeartShare is funded primarily by New York State OPWDD and the NYS Education Department, which means that government funds and cost of living adjustments determine our reimbursement rates for services and directly dictate what we are able to pay our direct support professionals, special education teachers, and speech, occupational and physical therapists. This is why HeartShare has been participating so vigorously in the #bFair2DirectCare campaign. As soon as the forum regarding a living wage opened up in New York State, we were an integral part of it. With Governor Cuomo’s pledge of support, backed by State Senators and Assembly members from across the state, developmental disabilities agencies have achieved a truly significant victory. We are very grateful to our local and statewide officials who supported the bFair2DirectCare campaign and can never thank them enough for getting behind this issue early on and joining with our voices to make the additional funding a reality.

Despite this significant victory, much more is needed to ensure the stability of services for people with disabilities. First and foremost, the state budget must provide for teacher and therapist salary increases in 4410 special education Preschool Programs and 853 School Age Programs. Although there have been some modest increases in the past couple of years, HeartShare and other non-profit agencies are constantly losing teachers to the New York City public school system because our salaries are 30-50% less than what the New York City Department of Education pays its teachers. HeartShare employs 50 special education teachers in two boroughs, and we still have a 20% teacher vacancy rate in late March from teachers who left in August and September last year, mostly to work in the public schools. This lack of investment in preschool and school age education in New York State — which has proven extremely effective in giving children with disabilities an incredible head start in life — is shortchanging our children and their future independence. Over the past few years we have seen program after program close.  There is currently a request from the New York State Education Department to serve several hundred vulnerable young children in preschool programs.  But how can agencies respond when we cannot hire teachers and teacher assistants in our current programs?  What weighs heavy on our minds is which is next school program to close.  We need our elected officials to champion our cause and add $18 million to  the state budget for teacher retention.  This is one of our highest priorities.

Secondly, the state budget needs to provide regular cost of living adjustments (also known as COLAs) to OPWDD-funded and SED-funded programs, which non-profit agencies providing services to those with developmental disabilities received prior to the economic downturn in 2008-2009. As the cost of living in New York increases — from rent and food to transportation and health care benefits — the cost of running our residential, day habilitation, education and community programs has also increased. However, we are now entering our 7th year with no increase in the  OPWDD-funded programs. Non-profit agencies will not survive if proper funding levels are not maintained.

Finally, the state budget needs to provide better compensation for training our frontline workers. HeartShare’s training programs have been recognized statewide by the New York State Association of Community Residential Agencies (NYSARA) and nationally by the National Association of Direct Support Professionals (NADSP). In addition, as participants in the New York City Training Collaborative along with Adapt Community Network, Services for the Underserved (S:US) and Cerebral Palsy of NYS, we have received national recognition for training frontline supervisors on the important core competencies needed to do their jobs well. However, training involves resources, and lack of funding is cutting deeper and deeper into our ability to continue to provide quality training programs for our staff.

At the end of the day, HeartShare employees are responsible for other people’s lives. Our DSPs serve as advocates, teachers, and caregivers to the individuals they support, including those with autism spectrum disorder, challenging behaviors and dual diagnoses. They assist with self-care skills and daily living activities, such as meal preparation, personal hygiene and medication administration. They provide transportation, education, and community activities for the individuals they support. Our teachers and therapists work closely with our children with intellectual and developmental disabilities so that they won’t need intensive services when they are older and can lead more independent lives.

When you understand what our frontline workers do, the question of whether or not to invest in programs for people with disabilities and the employees who run them is not difficult to answer. And for the skeptics, I ask: What price tag you would place on care of your loved ones?