Without Federal Heating Funds, Nation’s Most Vulnerable Out in the Cold 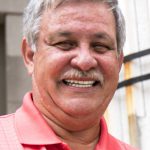 LIHEAP, which received $3.4 billion in funding last year, helps low-income households pay for heating their homes. It also provides assistance with upgrading and weatherizing homes to become more efficient. LIHEAP reaches the nation’s most vulnerable, including children and families, people with disabilities and senior citizens. Cutting this program will directly affect over 1.3 million families nationwide and over 150,000 families in New York State.

Throughout the years, HeartShare has cultivated a vast network of utility companies, elected officials and community organizations, who come together in a bipartisan effort to focus on what’s important—delivering small grants of $200-$350 to the neediest energy customers in 60 of the 62 New York State counties.

HeartShare Human Services administers four energy funds to low-income households in partnership with National Grid, Con Edison, NYSEG and RG&E. Some funds require that applicants exhaust LIHEAP funds first. With the depressed state of the economy since the housing crash, the rising cost of utilities, as well as the brutal, often unpredictable, winter weather, applicants need those dollars more than ever.

What does a typical applicant look like? It’s a person earning no more than 150 percent of the poverty level, or less than $20,000 annually. It’s parents scrambling to get electricity restored, so that Children’s Services doesn’t take their kids away. It’s a family with no heat and no choice but to go to a shelter on a cold winter night. It’s a cancer patient who has exhausted all other financial resources and has nowhere else to turn. It’s an elderly neighbor or veteran on fixed incomes too proud to ask for help. My team and I helped administer grants to over 24,000 of those New Yorkers last year and continue to do so.

Energy insecure households receiving LIHEAP benefits are choosing between heating their home and other basic necessities, like rent, medicine or food. No one should be facing a “heat or eat” dilemma. In its studies on energy insecurity, the National Center for Children in Poverty identifies LIHEAP as the main safety net for energy assistance. LIHEAP also offers what the Center says this group needs most—energy-efficiency retrofits and interventions. Unfortunately, the federal budget also calls for the elimination of the Weatherization Assistance Program.

This is a critical time to pause and take note of the role human services plays in our lives. Some may think our work does not apply to them. That couldn’t be farther from the truth. In New York City, more than half of all children are low-income and nearly 9,000 are in foster care. 1 in 5 suffer from a mental health disorder and over 60,000 people are homeless. 1 in 68 children nationally are diagnosed with autism every year. HeartShare and its Family of Services have innovated programs to tackle all of those crises and respond to the needs of the community.

LIHEAP is a high-impact program reaching our neediest neighbors and friends, which is why it has been funded by the federal government every year since its inception in 1980. It’s why my team and I travel down to Capitol Hill during LIHEAP Action Week every year.

LIHEAP is a small price to pay for keeping families healthy and safe.

Joseph Guarinello is HeartShare’s Vice President of Energy Assistance and Community Development. Under his leadership, HeartShare received the prestigious Victorine Q. Adams Excellence Award from NEUAC, an awareness-raising coalition for low-income energy consumers. HeartShare and its Family of Services, established in 1914, nurtures and empowers over 36,000 vulnerable New Yorkers each year, primarily people with developmental disabilities, children in foster care and families experiencing poverty.