ArtShare Goes to the Rubin 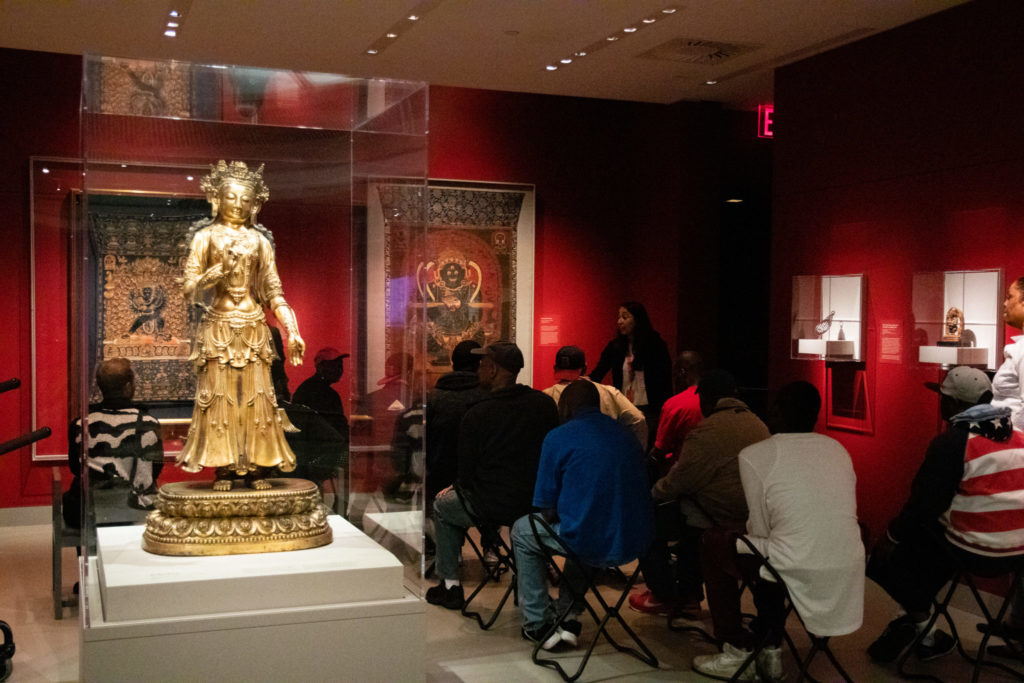 The Heartshare ArtShare program gives individuals the opportunity to visit museums and art destinations across New York City. The most recent excursion took place on Wednesday, June 19, as members of Brooklyn Day Hab journeyed to see breathtaking East Asian art at the Rubin Museum in Chelsea.

The tour began at 11 a.m. in the museum lobby where we met tour guide Laura Sloan, Manager of Docent and Access Programs, who explained that, in 2019, the museum would be focusing on the theme of “Power: Within and Between Us.” ArtShare participants were asked to describe what the concept of power meant to them and they were excited to describe powerful figures such as their favorite superheroes, their parents and their teachers.

An ArtShare individual interacts with the Wheel of Intentions.

Many of the pieces at the Rubin were very interactive and offered visitors the opportunity to exercise their own ideas of power. The first stop took us to Wheel of Intentions on the first floor. This piece turned the museum into a contemporary version of a traditional Tibetan prayer wheel. Using a keyboard at the base of the museum staircase participants entered their own intentions for 2019 before spinning the wheel and watching their projected goals move up the museum’s central spiral staircase in a sea of white lights. 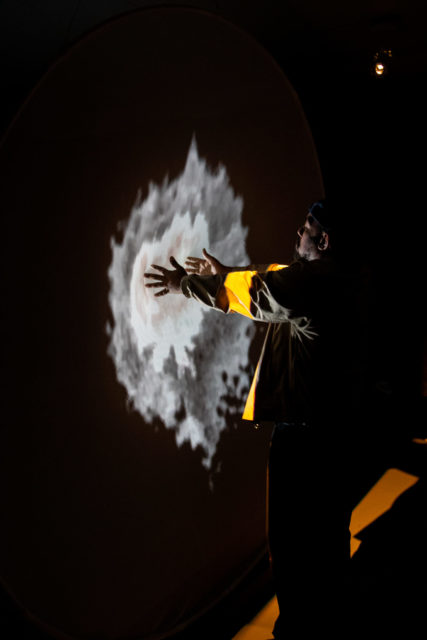 Metamorphy, another modern take on a Tibetan prayer wheel

The tour then moved to the fifth floor where we were able to see our collected intentions along with those of previous museum visitors on an illuminated screen. According to Sloan, the museum has already collected and displayed the intentions of over 500 museum visitors. You can also add your intentions on the Rubin’s website. The collection helps to express that while we all have individual power we are stronger as a team.

The next two stops were Metamorphy and Breathless, perhaps the two most interactive pieces of the museum. Metamorphy is another contemporary example of a prayer wheel. In the same way that prayer wheels need to be spun for the prayer to be released, participants had to touch the screen in front of them to set off breathtaking colors and sounds.

“Here I wanted them to feel empowered,” says Sloan. “We are part of the process and have power in action.” 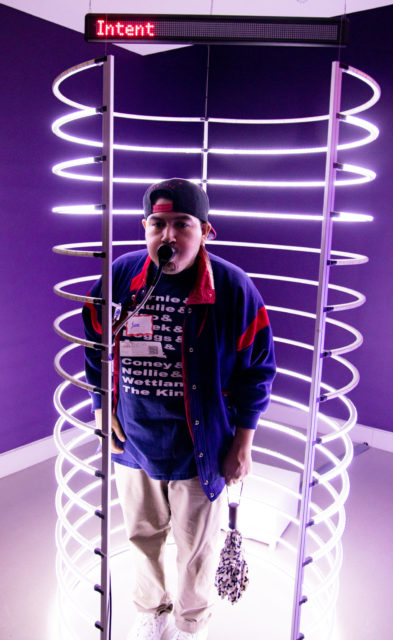 Breathless emphasizes the importance of the individual over the collective.

Breathless is an interactive sculpture that lights up and glows when individuals blow into the anemometer. Words appear on a screen above the piece reflecting real time internet searches relating to power and intention. The more frequently a word is searched, the brighter the sculpture glows, but participants can disrupt the lighting by blowing into the piece. Sloan explained the importance of the individual over the collective. “Even when we feel powerless, we still have some amount of power to truly make a difference.”

The tour concluded with stops at the Wish Fulfilling Tree, an artwork created by Tsherin Sherpa to honor those who passed away in the devastating earthquakes in Nepal, and Panjaranatha Mahakala, a 15th century silk painting of the wrathful Buddhist deity Mahakala. At these exhibits, the focus centered on power through art. Individuals were asked to consider why people create art and discuss what art they have created throughout their time with the ArtShare program.

Overall, the tour proved to be an enjoyable and engaging experience for all who participated. The group was very positive and had smiles on their faces for much of the time.

“I really enjoyed this group,” says Sloan. “They were very responsive and seemed to really enjoy the experience.” In particular, she adds, what made the day so successful for the group was the Rubin’s interactive components. “I think it’s incredibly important to always include an experiential component for visitors with disabilities,” she says. “All visitors benefit from this, but especially those with disabilities. Having something they can touch, smell, hear, etc., something activating more than the visual, stimulating multiple senses, can help reach people on multiple levels.”

ArtShare is made possible thanks to the generous support of ICAP, The Kenneth Goldman Donor Fund and The Taft Foundation. 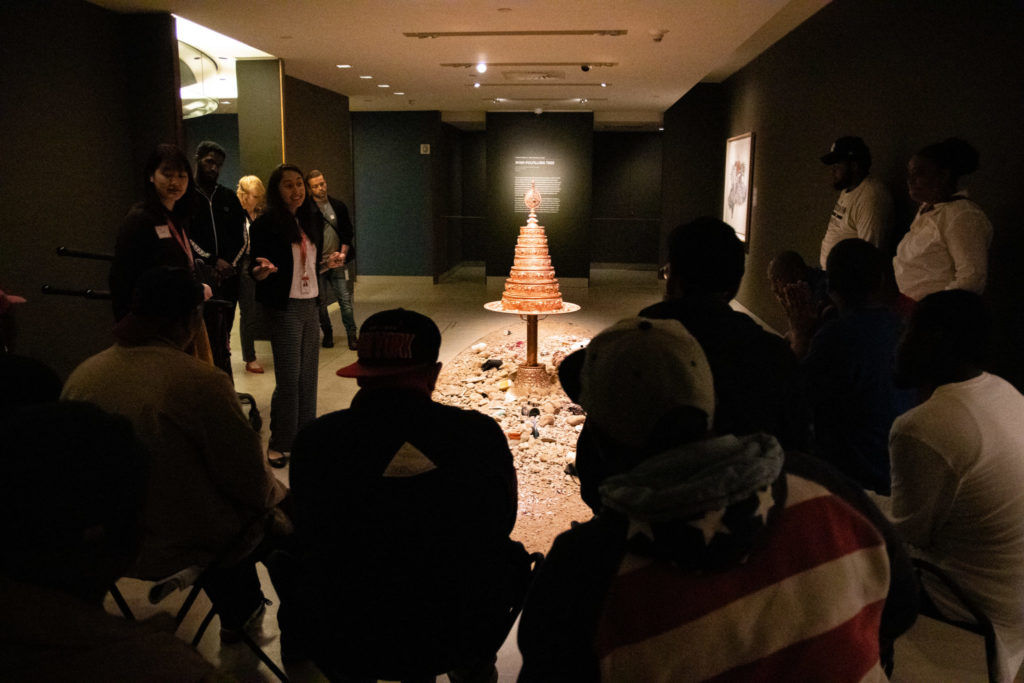 The Wish Fulfilling Tree is a contemporary artwork that honors those who passed away in the devastating earthquakes in Nepal.