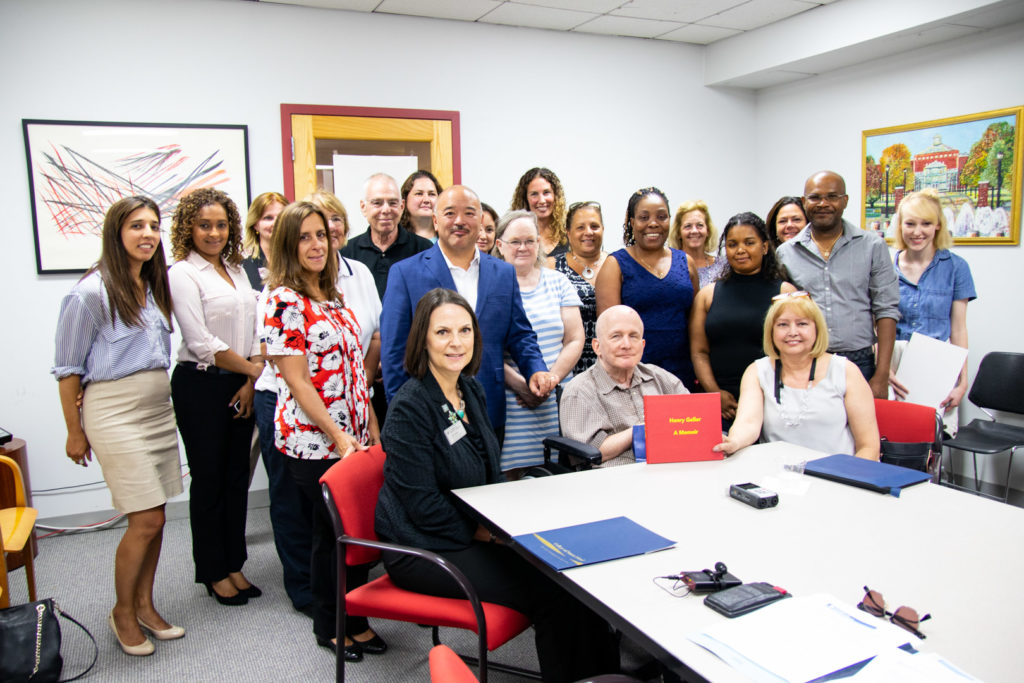 HeartShare resident Henry Geller remembers the day he left Willowbrook State School on Staten Island like it was yesterday. Only it wasn’t yesterday. “It was October 12, 1967,” he says. “I was told, ‘You’ll be back.’ And I said, ‘Not if I can help it.’”

True to his word, Geller never returned to the infamous institution, not for 52 years, anyway, not until July 31, 2019, when he made his way to the College of Staten Island/CUNY campus, which now occupies the grounds of the long-gone Willowbrook, to present a copy of his self-published memoir to the CSI Library’s Willowbrook archive at a reception in his honor. 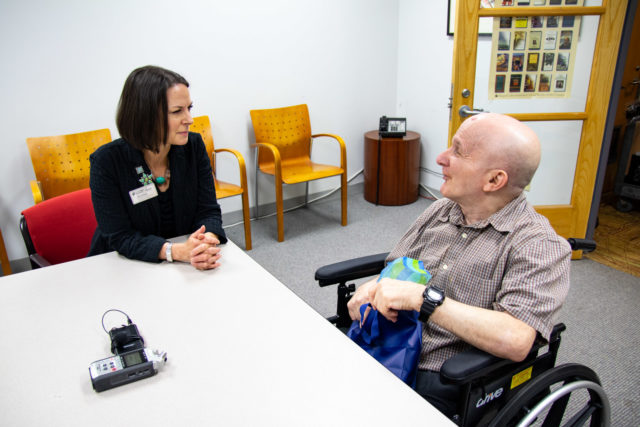 Born in 1946 with cerebral palsy (CP), Geller was placed at Willowbrook in 1950 at age 4 and left at age 21 to live in a succession of group homes. Since 2010, he has lived at the Bayside, Queens, Subbiondo I Residence of HeartShare, New York’s premier nonprofit dedicated to empowering individuals with intellectual and developmental disabilities. In 2018, at age 72, Geller was inspired to write a memoir detailing his experiences at Willowbrook and beyond. He dictated the book to HeartShare’s Paige Ingalls, Director of Incident Management.

Named for the neighborhood where it was located, Willowbrook opened in 1947 and was the largest state-run facility in the U.S. for people with intellectual disabilities, housing over 6,000 individuals by 1965—2,000 above maximum capacity. Horrific conditions and treatment within Willowbrook were brought to light in a searing 1972 TV exposé by journalist Geraldo Rivera that eventually led to the school’s closure in 1987.

“Mr. Geller’s memoir will be a welcome and enlightening addition to the archive,” said CSI’s Cheryl Adolph, Executive Director, Institutional Advancement & External Affairs and Executive Director, CSI Foundation, Inc., as she accepted the book before a small crowd comprised of CSI faculty and administration, HeartShare staffers and members of the Willowbrook Mile Committee, which is developing an educational and fitness walking trail through the three distinct campuses created from the original 383 pastoral acres that were once Willowbrook.

Speaking of the significance of Geller’s contribution, CSI’s Ken Iwama, VP, Economic Development, Continuing Studies & Government Relations, quoted CSI President William J. Frtiz: “It’s critical that the College of Staten Island is a part of Staten Island, not apart from Staten Island.” To that end, said Iwama, “It’s essential that we embrace our history and Henry’s memoir will be a vitally important part of that history.” 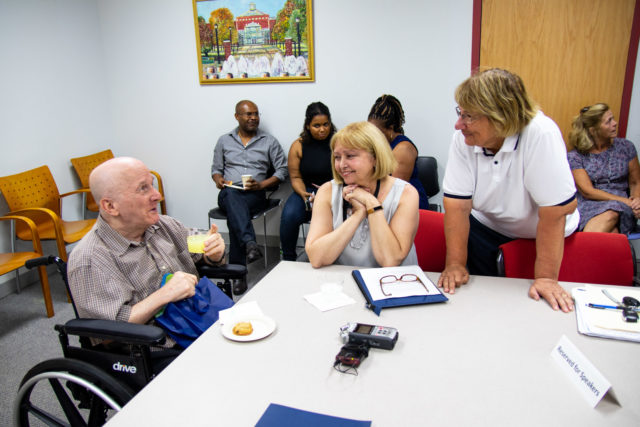 HeartShare’s Evelyn Alvarez, MA, Associate Executive Director, Developmental Disabilities Services, has known Geller for 25 years and reflected on his love of music—“When I met Henry he had the biggest collection of CDs and records I’d ever seen!”—his encyclopedic knowledge of New York, gleaned from job as a messenger and clerk for the NYC Landmarks Preservation Commission—“Before Google maps, there was Henry!”—and his world travels—”I’ve been to England, Italy, Paris… and Cleveland!” he chimed in.

But when Alvarez asked if there was anything else he wanted to talk about, the usually loquacious Geller was unusually quiet.

“Some things aren’t the best to remember,” he said. “But they’re in there.”

That’s what makes Geller’s memoir so exceptional, says CSI professor and archivist James Kaser. “Documentation of the experiences of school residents is the most difficult material to collect.”

Like Geller himself, his memoir is, at turns, illuminating, wistful and poignant, with unexpected flashes of wry humor:

“My parents never visited me, but I don’t miss what I never had.”

“My first memory of Willowbrook was getting up to try to walk. I refused to listen to the people who told me to stay off my feet. I wore a brace on my right leg, and I still wear it today. I also wear special shoes, since one leg is shorter than the other. No one stole my shoes because it would not have done them any good.”

“When you went to the dining room at Willowbrook, it was like eating at Yankee or Shea Stadium with a roof. It was extremely noisy!”

Geller received public assistance for seven years before landing a part-time job at a newsstand in the Bronx and eventually a full-time position as a messenger and clerk for the NYC Landmarks Preservation Commission, where he worked for 28 years:

“Although some people viewed me as vulnerable, I never got mugged. One office actually sent their secretary to pick up the payroll because they thought I wasn’t capable enough to do it. However, she was the one who got mugged, and the whole payroll had to be redone.”