Bob Golden: You Can See The Good Work We Do 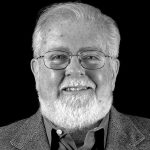 HeartShare’s First Vice Chair Bob Golden has been a part of the HeartShare Board of Directors for over 30 years.

How did you first get involved with HeartShare?

I knew Bill Guarinello back when he was the Deputy Director under Catherine White. I was very involved in the Cathedral Club of Brooklyn, one year on the deus at the Club’s Annual Dinner, and someone suggested that I get involved. It was George Cincotta Sr. Yes, George’s father! He was a former Chairman of NYS Commission on cable television at the time and he said to me, “You have to join Catholic Guardian Society,” which is what HeartShare was called at the time. He wouldn’t take no for an answer. I joined the Board and have been grateful to George Sr. ever since.

Wow, that’s a long way back. How has the organization changed?

Well, a lot has changed, including our name. I was a part of that committee changing our name to better reflect the work that we did. The original name captured why we opened our doors — to take in and care for New York’s orphans. But by the early 90s, we were doing so much more than that. Also, within the Archdiocese, there were other groups with similar names and it was confusing.

So, you were instrumental to choosing the name HeartShare?

Our rich history is important and we do a lot of diverse work, but overall, we are sharing our hearts with a lot of people. We continue to evolve, like through our affiliation with St. Vincent’s, but overall, we are just helping people. It’s not a hand out. We are lifting them up to better their lives and they deserve it.

Where do you think we’ve had our greatest impact?

We do so many great things. Think about our energy programs that Joe Guarinello runs. At a glance, they appear to be a small part of what we do, but the reality is that those grants bring a tremendous benefit to thousands of households. We’re helping foster youth through HeartShare St. Vincent’s. We’re educating children with autism. Look at where we started: Willowbrook. These people were ignore, warehoused. Today, they’ve advanced so much further. Today, we make it possible for people to realize their potential.

How have you lent your expertise to HeartShare throughout the years?

I’m from the financial industry and I’m proud to see HeartShare remain fiscally sound throughout the years, I advocate for it whenever I can. Being on the Board is so much more than that though. The reason why I enjoy this is because I see our employees doing what they love. They make HeartShare what it is. There’s a joy being a part of HeartShare — a joy knowing how much good is being done every day.

Why have you invested in HeartShare for this long?

There are so many organizations out there competing for our attention. There’s the Red Cross, United Way and many others. But with HeartShare, you see firsthand how people’s lives are changing for the better. You know it’s real. You can see it and feel it. It’s very personal and it’s very rewarding.