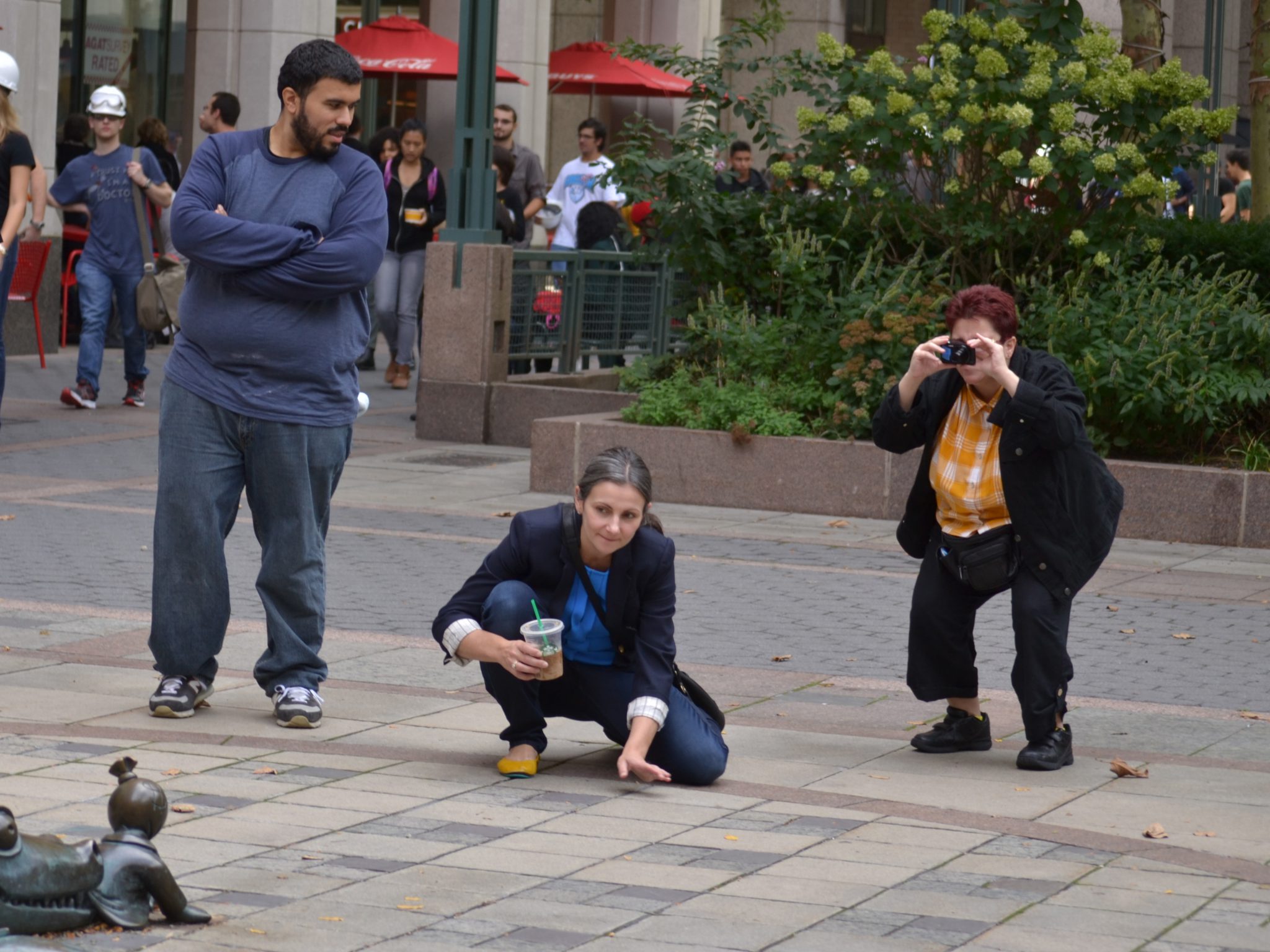 Photographer Stacey Vukelj showed Stephanie (on right), a participant of HeartShare’s Brooklyn Day Habilitation, and Senior Direct Support Professional Edwin Corchado how to frame the shot from a different perspective as a part of a photo workshop at NYU Polytechnic School of Engineering on Wednesday, October 15, 2014.

Six HeartShare individuals with intellectual and developmental disabilities participated in a photo workshop at NYU Polytechnic School of Engineering on October 8 and October 15, 2014.

The workshop participants, Damien, Adam, Kirk, Stephanie, Paul and Ivan, are from HeartShare’s Brooklyn Day Habilitation Program. Photographer Stacey Vukelj taught the workshop at NYU School of Engineering’s ABILITY Lab, which is dedicated to the development of adaptive and assistive technologies. For the hands-on workshop, participants broke out into teams, went out into the field, snapped photos around campus and returned to the classroom for discussion. Using the work of Brooklyn Day Hab participants, Vukelj taught how to create narratives with the camera, as well as photo composition concepts, such as “filling the frame” and “leading lines.” NYU Technology, Culture and Society Lecturer Allan Goldstein and NYU ABILITY Lab Research Fellow Christie Leece co-created the workshop.

Among the benefits of this new learning experience is an inclusive opportunity to experience the university setting with exposure to NYU students and faculty. Goldstein, who will teach a course in Spring 2015 that the Brooklyn Day Hab group will attend, as well as Leece recruited NYU student volunteers to join the workshop. “I’m a Computer Engineering major, but I would like to create something in the future to help this population,” said NYU Poly junior An Vu. 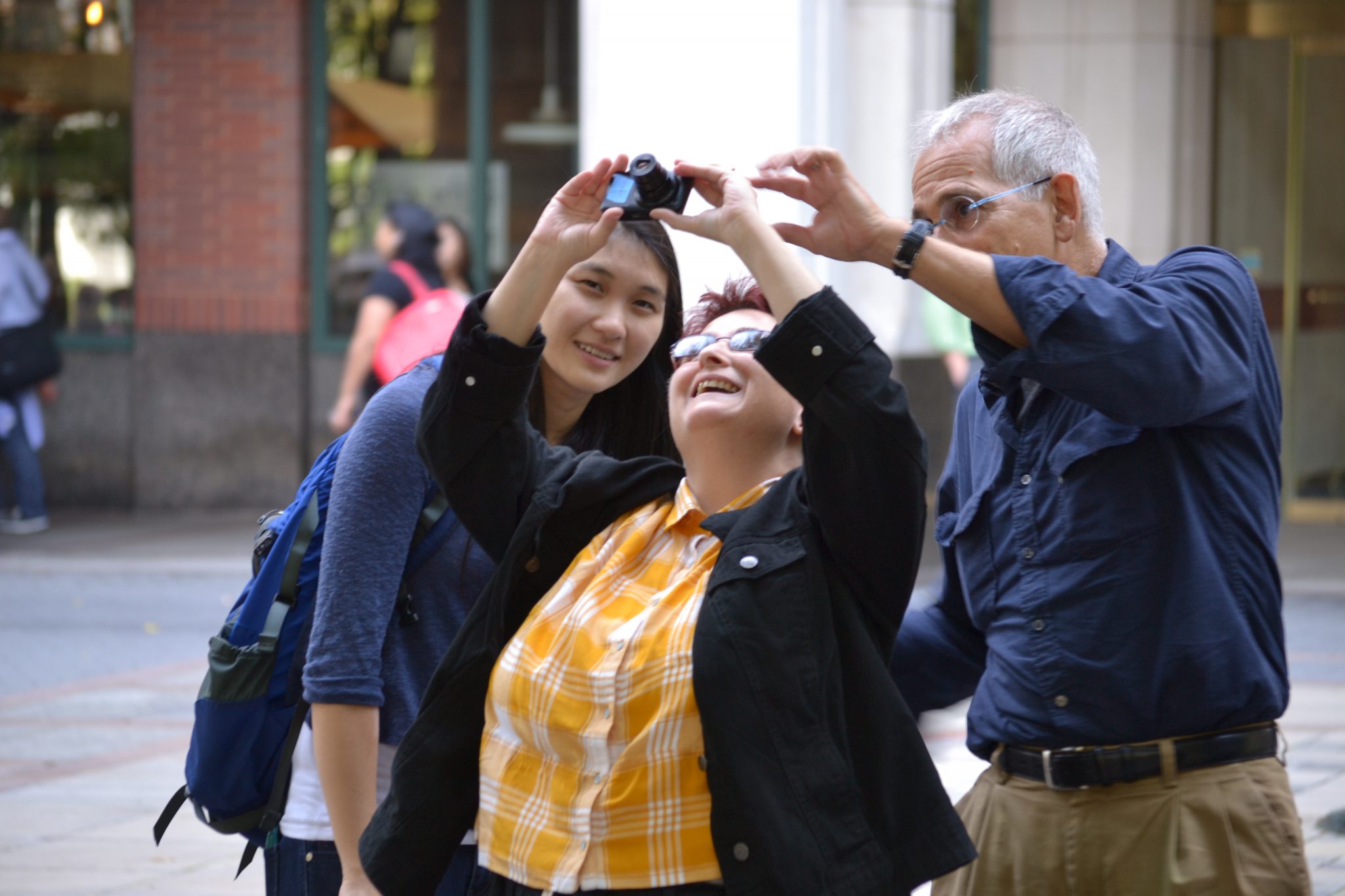 HeartShare Brooklyn Day Hab staff, Senior Direct Support Professional Edwin Corchado and Direct Support Professional Oswaldo Cardona, attended the workshop, as well as accompanied the individuals as they took photos around the Downtown Brooklyn neighborhood. “From seeing their surroundings in a new way to mingling with college students, this workshop is a completely different experience for HeartShare Brooklyn Day Hab,” Edwin said.