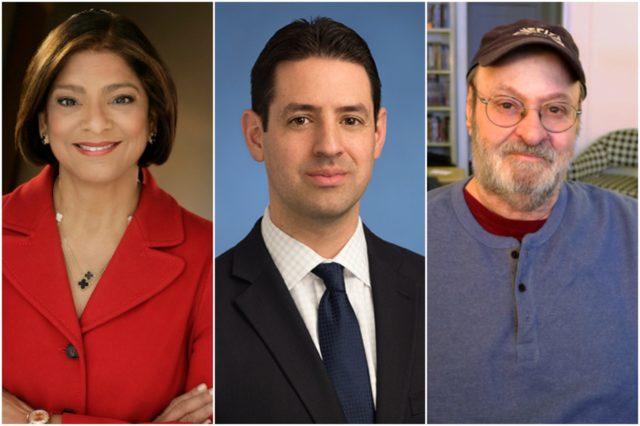 New York—Spring arrives on March 20 and HeartShare, New York’s premier nonprofit dedicated to empowering individuals with intellectual and developmental disabilities, kicks off the season in style on March 21 with the 2019 HeartShare Spring Gala.

Held for the first time ever at New York’s illustrious Ziegfeld Ballroom—the storied Art Deco theater newly reimagined for the digital age—the 2019 edition of the annual Gala brings together more than 600 corporate sponsors, partners, board members, philanthropic supporters and members of the HeartShare community for a red-carpet affair with all the glitz, glamour and grandeur of a Hollywood premiere beneath HeartShare’s name in lights on the iconic marquee.

And just as the Academy Awards applaud standout achievements, so, too, does the HeartShare Spring Gala, as evidenced by this year’s theme: Supporting Our Stars.“Our stars are the individuals we serve,” says HeartShare President and CEO Bill Guarinello. “The 2019 Gala celebrates their accomplishments through our programs and honors those who are committed to helping individuals of all abilities gain independence and achieve success.”

To that end, HeartShare will present awards to three honorees:

Subha V. Barry, President, Working Mother Media, will receive the Dr. Catherine White Achievement Award. A self-described “fearless crusader for change, fairness and inclusion,” Barry is a media mogul whose leadership and advocacy has transformed the way individuals with disabilities are engaged in the workforce, represented in the community and portrayed in the media. Her career spans 30 years of experience in leadership roles at Merrill Lynch, Freddie Mac and GLG (Gerson Lehrman Group), where she has shown how strong and inclusive leadership can drive business results and profitability.

Michael A. Sklow, Global Head of Treasury Services at Goldman, Sachs & Co., will receive The HeartShare Visionary Award for his work as Co-Head of the Americas Disability Interest Forum. Sklow joined Goldman Sachs as an analyst in 2005 and was named Managing Director in 2017. Drawing on a deep operational and risk management mindset with constant focus on process reengineering, he is a financial industry innovator with a passion for building and managing teams that excel while championing diversity and corporate culture.

John A. Gallagher, film director, writer and producer, will receive The Linda Dano Heart Award. Best known for his cult comedy classic “The Deli,” Gallagher has been a fixture on the New York filmmaking scene for 40 years. Renowned for his ability to recognize and nurture nascent talent, Gallagher has worked with many Hollywood luminaries in their debut and early roles, including Denis Leary, John Leguizamo, Ice T, Debi Mazar, Gretchen Mol, Chris Noth, Jerry Stiller, Zach Braff and, from “The Sopranos,” Tony Sirico, Vincent Pastore, Federico Castelluccio, William DeMeo, and Artie Pasquale. In the wake of a 2013 near-death experience that nearly ended his career, Gallagher survived and thrived, continuing to do what he loves and inspiring others with his upbeat attitude and sense of humor.

The Gala also features a live silent auction, with proceeds going to HeartShare programs. Among the highlights that will go to the highest bidder: An overnight weekday stay with continental breakfast for two in a Chateau Room at the Oheka Castle on Long Island’s Gold Coast, a one night weekend stay in a deluxe suite with breakfast for two at the luxurious Conrad New York in downtown Manhattan, and two tickets to a St. John’s Big East basketball game at Madison Square Garden for the 2019-2020 season and a basketball autographed by Hall of Fame coach Lou Carnesecca.

Sponsor packages, journal ads and tickets are available at various levels. All proceeds benefits HeartShare’s programs which assist more than 36,000 individuals in need of special services and support.

To join us or learn more, visit http://www.heartsharespringgala.com/